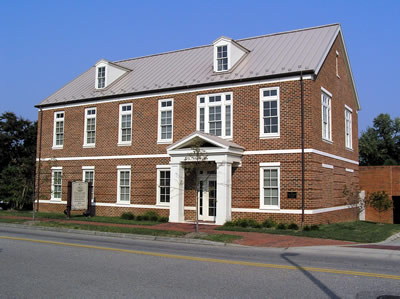 The firm of RJS & Associates, Inc (RJS) is owned by Robert J. Singley, President and Principle Broker, who has over thirty-five years experience in commercial real estate brokerage and development. In March 2000, Mr. Singley formed RJS with his eldest son, Robert J. Singley, Jr., to concentrate on commercial real estate brokerage with an emphasis on the Richmond, Williamsburg and Southeastern Virginia Market. Their offices are located in the City of Williamsburg in an office building he developed in 2002.

Having been raised in James City County and active in commercial real estate in the Williamsburg area during the past thirty-five years, Mr. Singley is thoroughly knowledgeable of the market. He has been responsible for bringing in a number of national commercial users to Williamsburg such as Cracker Barrel, Golden Corral, Ruby Tuesday, Applebee’s, Chili’s, Burger King, Wendy’s, Taco Bell, KFC, 7-Eleven, Exxon, Pizzeria Uno, Homewood Suites, Sleep Inn, Country Inn Suites, Quality Inn, Jiffy Lube, CVS and Yankee Candle. Mr. Singley interfaces daily with the other brokers in the commercial real estate community and served on the Board of Directors for the Hampton Roads Commercial Real Estate Council (CREC) for five years. Each year, during the past seventeen years, he has consistently been ranked in the top performers by CREC.

In 1978 Mr. Singley joined Robert Brown & Associates, Inc. (RBA), a Norfolk based commercial real estate and development firm specializing in the development of retail shopping centers. During his 21 years with RBA they developed retail centers ranging in size from 15,000 to 220,000 square feet in Tidewater Virginia, for which Mr. Singley served as Project Manager and part owner.

Robert J. Singley, Jr. received his degree from The Virginia Military Institute in 1996. Having worked at Robert Brown & Associates, Inc. upon graduation, Mr. Singley now maintains an active role at RJS while serving as an associate broker and is a CCIM member.